A downloadable game for Windows, macOS, and Linux

WARNING: This game contains Adult Content and is intended for ADULTS ONLY (NSFW 18+)

Download the game and follow them both as they get caught up in lewd and overwhelming situations involving teachers, students, a watermelon and other inanimate objects! Not to mention the strange feelings they have for each other.

Join our lewd adventures on Patreon!

Can’t seem to run this game on MacOS. It just says “The application can’t be opened.”

is their going to be a sequel?

please can you get an android version

Hey i need help , how to play this game , what program do i use to open ? im using linux

When will an android be released if available?

do we have a walkthrough im missing some gallery options

is this game censored?

I cant start the game cos it cant find unityplayer? how can I fix this

the characters are invisible for me in the scenes. how do I fix this?

I've had that happen a few times myself, and it's been difficult to figure out what's causing it. My only solution has been to delete those files manually because they get corrupted somehow. Once you do that the slots become available again. Though it's not ideal, because it should just work.

How do we download on mobile Android dhow full vid plz

Reply
That ass3 years ago

the game is hot

"She held up the recipe book, and had it turned to a recipe.

The title of it read, in big white letters...

Will there be a way to unlock all gallery items? Like a code that you enter or exclusive patreon feature? Since Unity stores unlocked items in the registry it's a pain to backup constantly.

Sorry. I forgot to check the little box that marks the downloadable as Windows.

thanks so much love the game

Linux is a little hard for us to test for, since we don't have a Linux distro set up to test on and Unity only seems to recommend Ubuntu 12.04+, which is the distro they are supporting for all Unity based games. So I'm not sure how to fix that. You may need install additional libraries needed to run Unity games. Which ones? There isn't much information on that. I wish I could be more helpful for you there x_x" If you do fix it, let us know how you did it, because that'd be great!

I mean it seams like a basic Visual novel and many people are using ren'py for that. And Ren'py games work pretty well on linux. Or I'm not totaly sure but Godot should have a unity project import (or it's planed) and that should also work well on linux. Ubuntu 12.04 is pretty outdated and Ubuntu 18.04 is the newest. I mean you could try it in a virtual Machine because Ubuntu is free or there are other dev's they know what to do to fix it.

Ubunto 12.04, is the lowest possible version that will run unity games. The + means anything above that version should also run Unity based games. So it should run in the latest version of Ubunto. And if it runs on Ubunto (and other devs aren't having issues either)... it should run on Ubunto.

Paizuri does appear to be a basic visual novel, but under the hood it's capable doing a lot more then most VN systems out there. For one, we can do fully in-game animated H-Scenes (they're not rendered videos btw) which leads to smaller build sizes. It was also built with WebGL and scalability in mind. So if we wanted to do something that was in full 3D with VN style dialogue, we can.

Ren'py has it's limits. Try doing something in 3D for one.  It also can't do a lot of things we want to do, like certain visual effects, WebGL or fully animated H-Scenes (that aren't a 200mb+ video file). It also isn't very scalable beyond a VN style game, at least not without a battle.

I've heard great things about Godot, but code can never be done as a straight copy or import. You would have to migrate your code base which means re-doing everything, so that your code can actually leverage everything Godot has to offer. IF we were ever going to use it, I'd use it for a new project and build from the ground up, learn it properly, and make use of what it has, and optimally. Migrating a whole project to an engine you know nothing about is not something you do lightly.

Kubuntu 18.04 is Ubuntu 18.04 but with some other Desktop Enviorment. I wouldn't say that the KDE is the Problem and gnome not but I couldn't say anything else right now.

I tested it out on the latest Ubuntu distro and there is something wrong with the x86 files. Older releases seem to work, but newer ones do not. I have a feeling it may have been something to do with updating Unity and our build process not playing nice with it. I'm looking into a fix and will keep you posted! : )

Cool game so far but I was just wanting to know what the innuendos option does?

The Innuendos option replaces certain words with Innuendos or euphemism related to the selected option. So the "Fruits and Veg" Innuendo  replace Boobs with Melons for example.

Moved here to follow you and a few others, after deleting my Patreon

account (I do not accept the changes they are making this month).

I did receive your message in my email even though I had already deleted my account, and I understand your reasons, my post was to let you and other people know why I did this.

At least 1 other author whom I followed there had already made his own post on the matter, and I suspect that this will become a hot potato for the coming weeks. 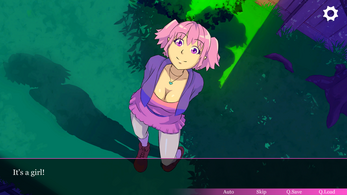 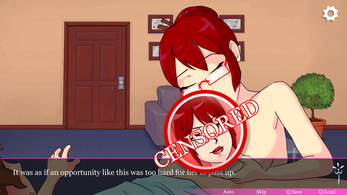 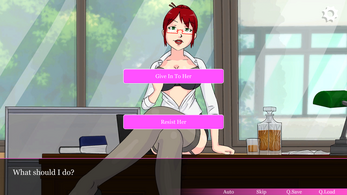 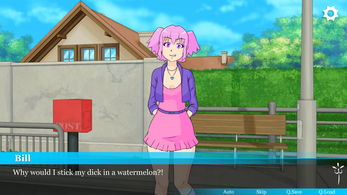 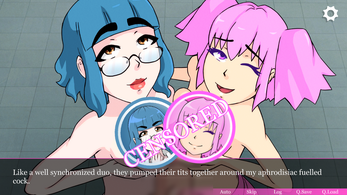